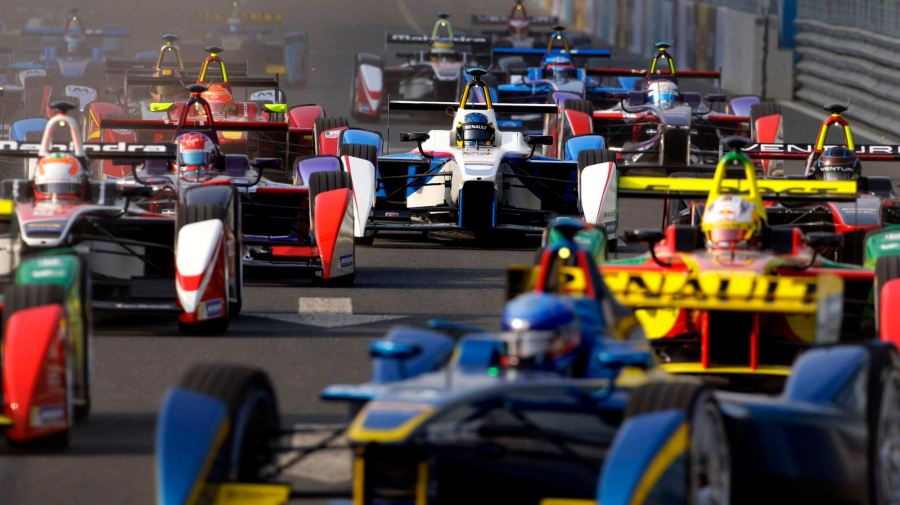 Formula E is here. The first motor-racing championship featuring all-electric cars began its inaugural season in Beijing on Saturday, and it was won in an exciting finish by Audi Sport’s Lucas Di Grassi after leader Nicolas Prost crashed at the final corner.

Formula E arrives and takes over city centers for a day, which encompasses practice, qualifying laps, and the race itself. The races only last an hour and each team has two cars—the organizers haven’t quite figured out a way to safely change batteries in one car nor make one battery last the whole race, so there’s a switch halfway through the race.

It’s very different than Formula One, which takes place mostly in dedicated racetracks like Monza, where the build-up to the races take place over the leisurely course of a long weekend. The 10 teams have exactly the same cars, unlike In Formula One, where the teams each make their own cars within rules set by the FIA, the world motor-sporting body.