The inaugural United States Grand Prix in the 202nd decade. 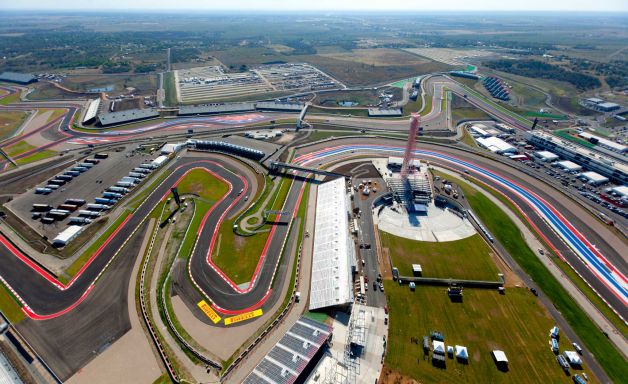 The 19th 2012 Formula One Championship has come to a brand new racing circuit, Circuit of the Americas, in Austin, Texas. It can be said as the first United States Grand Prix in the 202nd decade, the last US Grand Prix is held in 2007 at Indianapolis Motor Speedway. The circuit has only been lapped by Lotus reserve driver, Jerome d’Ambrosio. All engineers and drivers have no experience on this circuit except some simulations so everybody have a tight schedule of 3 practice sessions to do all the required practising and testing to get an optimum set-up for the race.

Based on initial impressions, Circuit of The Americas is a combination of both the elevation changes of Spa Francorchamps and the high speed corners of Silverstone. Turn 1 will be the signature corner at the start of the race. The track is going uphill upon entry and the drivers cannot see the blind apex when braking for it. The track also goes downhill at the exit, the fact that the drivers cannot see the entry and exit makes throttle control a main priority. Turn 3 to Turn 6 are like Becketts at Silverstone, very quick corners but once the driver goes off the track during the race, he will need to wait before joining back safely. Turn 12, the end of the DRS long straight is the obvious overtaking point of the circuit. Starting from Turn 12 to Turn 15 is a series of technical corners with Turn 15 the slowest. Turn 15 is actually made up of 1 main corner and 1 “mini” corner before the main one, the driver has to ignore the first “mini” corner and go as wide as possible before attacking the main Turn 15 to clear the corner as fast as possible. It should be the slowest corner in the circuit. Turn 16 is a multi-apex corner like a slower version of the Spoon in Suzuka. Turn 20 should be another possible overtaking point before going down the main straight in full throttle.

Circuit of The Americas is highly praised among the F1 drivers due to the technical corners and elevation changes. Jenson Button reckons it is better to qualify second for the race as the driver can use the first car as a reference point to negotiate the technical Turn 1. The circuit has been rumoured to be another Red Bull track  but we will see which team can get the most out of their set-ups. The most guessed winner of 2012 United States Grand Prix is still the main 4 drivers: Sebastian Vettel, Lewis Hamilton, Fernando Alonso and Kimi Raikkonen, provided that his engineer doesn’t annoy him again.