Formula One can be considered as one of the most dangerous sport in the world. The most recent near-fatal accident is in 2009 Hungarian Grand Prix where Felipe Massa was seriously injured after he got struck by a spring. As a result, a Zylon strip has been added to the visor area of the helmets. Zylon has 1.6 times the tensile strength of Kevlar which is able to provide sufficient protection for the drivers’ heads. Another infamous accident is the first lap crash in 2012 Belgian Grand Prix where Fernando Alonso is very lucky to have a near miss with the airborne Romain Grosjean’s Lotus and as a result, Grosjean was given a one race ban. Also, not to forget the epic flip from Mark Webber in 2010 European Grand Prix in Valencia. Safety concerns have been raised again after Belgian GP and discussions have been made whether to cover the cockpit with a canopy.

FIA Institute has been researching to improve driver-cockpit safety. One of the tools used is a nitrogen gas cannon which can be fired at a pressure of 1200 psi. 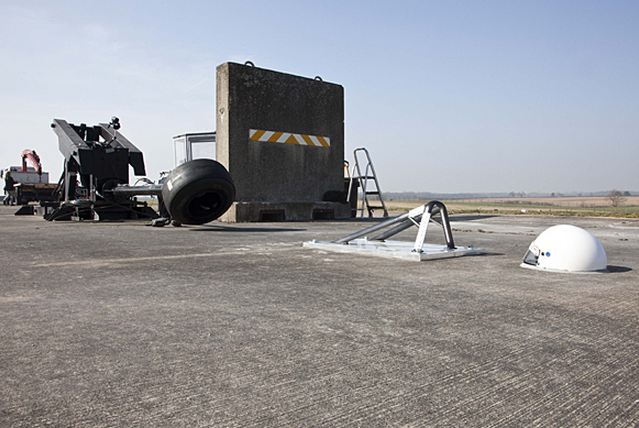 The test is conducted by firing a F1 tyre at about 225 km/h towards a polycarbonate windshield and a fighter jet canopy. You can see the windshield shatters but the canopy still remain intact.

Another tests is conducted by firing a F1 tyre at 225 km/h towards a forward roll hoop. This is the most promising safety feature to be incorporated in a F1 car without causing a closed cockpit.