The Korea International Circuit has an easy to play first sector, with long straights and strong brakings, and some interesting second and third sectors with nice and melodic utilization of all gears. I must remark the corners 11, 12 and 13, very difficult to learn and play on the guitar, which took me most of the practise time. 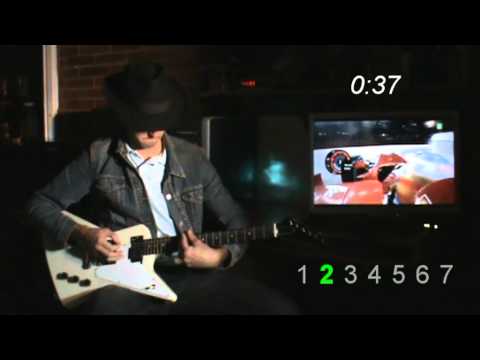 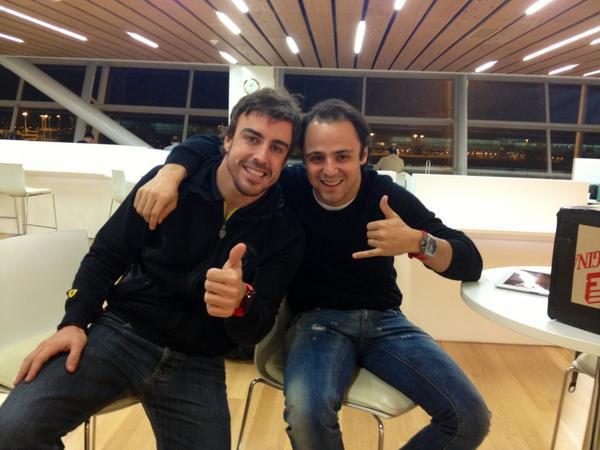 And a stunning race by Toro Rosso!! 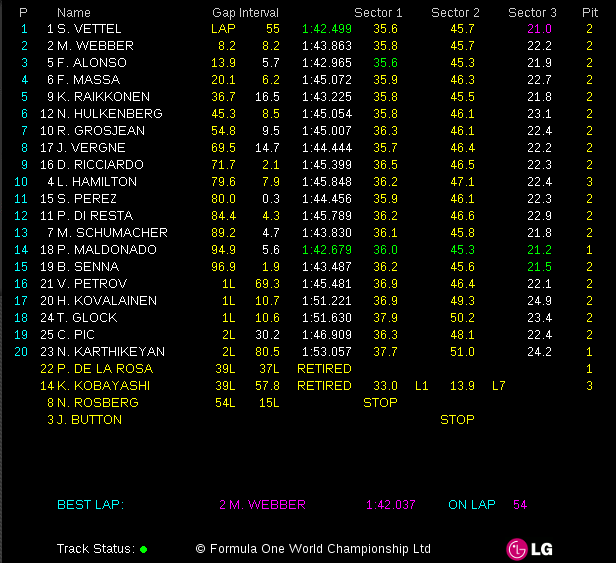 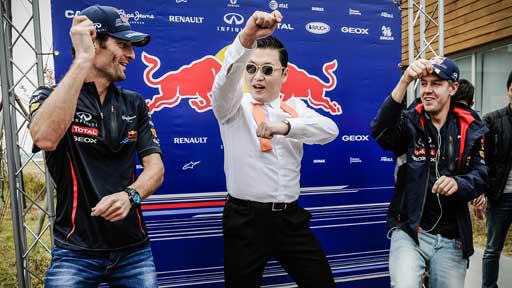 In 2010, the quiet town of Yeongam in South Korea was shaken by the arrival of Formula 1, when the Korea International Circuit that had cost approximately 167 million Euros to build was inaugurated.

The track was designed by Formula 1’s architect, the German Hermann Tilke.

It is the longest straight track in Asia with 5,621 km of semi-permanent track. It is an unusual counter-clockwise circuit, with bends that put drivers to the test.

Korea International Circuit is in a remote fairly rural location just a short distance from the Yellow Sea. At the moment there is a shortage of hotels and facilities to adequately meet the needs of the Formula 1 ‘circus’.

To begin with not every Korean was of the same opinion. In fact some thought this sport could only bring problems. However, three years on and things have changed as there are more and more fans of Formula 1.

Whilst waiting to see a fellow countryman on the starting grid, the Korean people are getting ready for this year’s big event, on the 14th of October. It promises to be, once again, a great show.

Today is Peter Sauber’s 69th birthday, so all the F1 Team Principles (& Michael Schumacher) decided to throw him a little party. 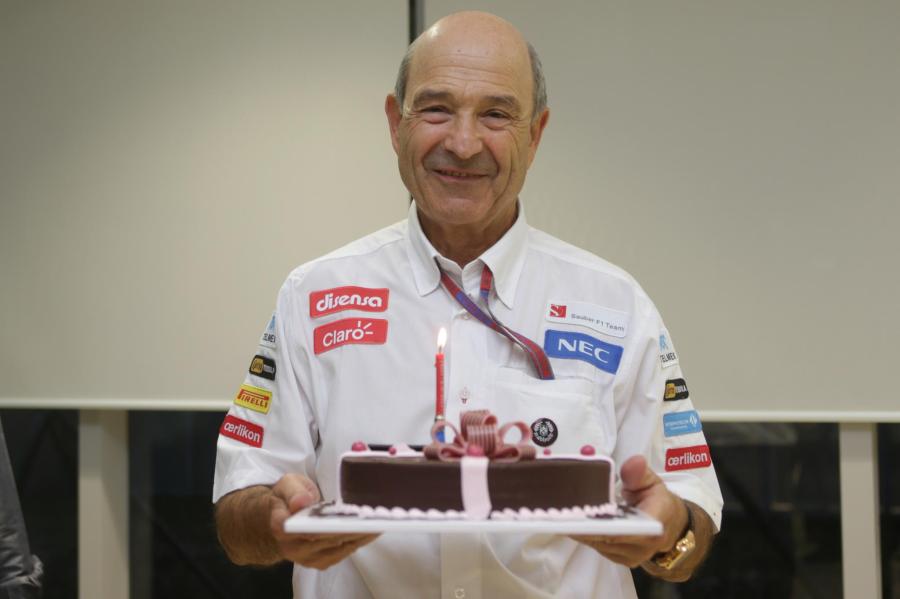 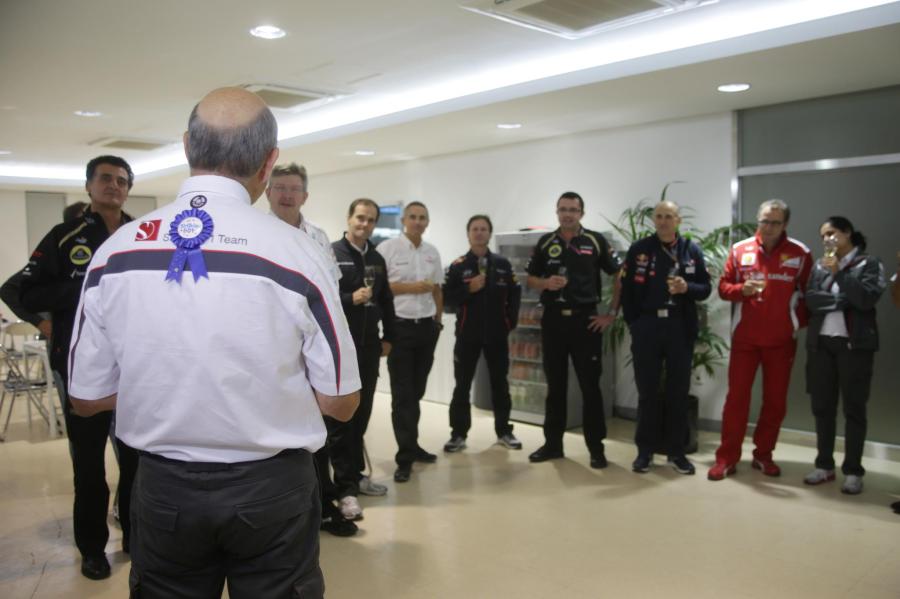 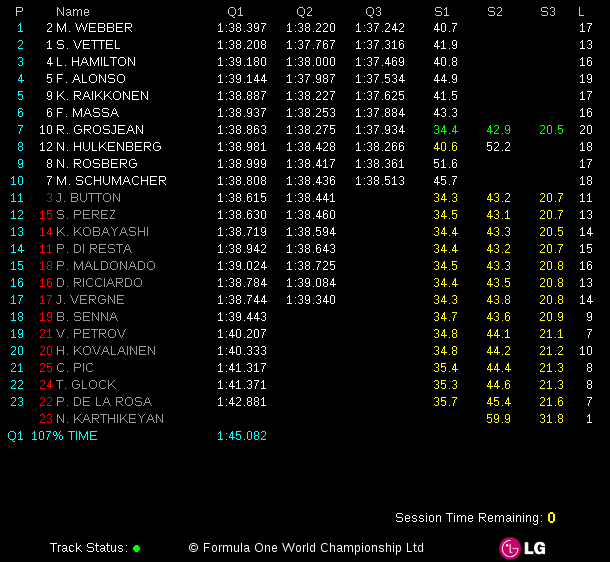 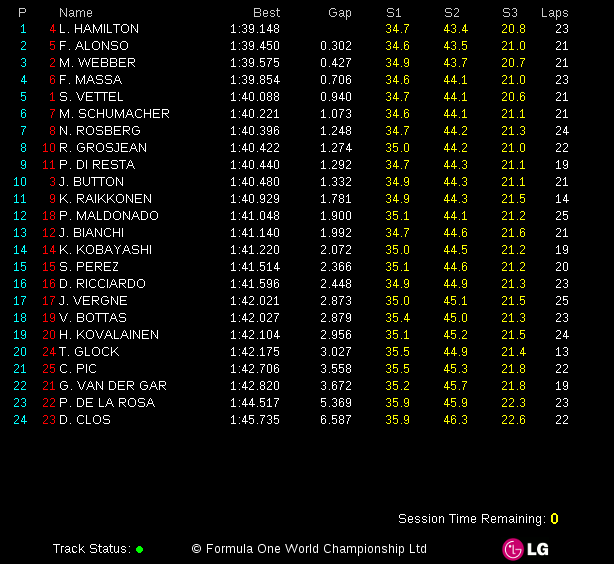 Who can win the Korean Grand Prix in “Yeongam” Style? 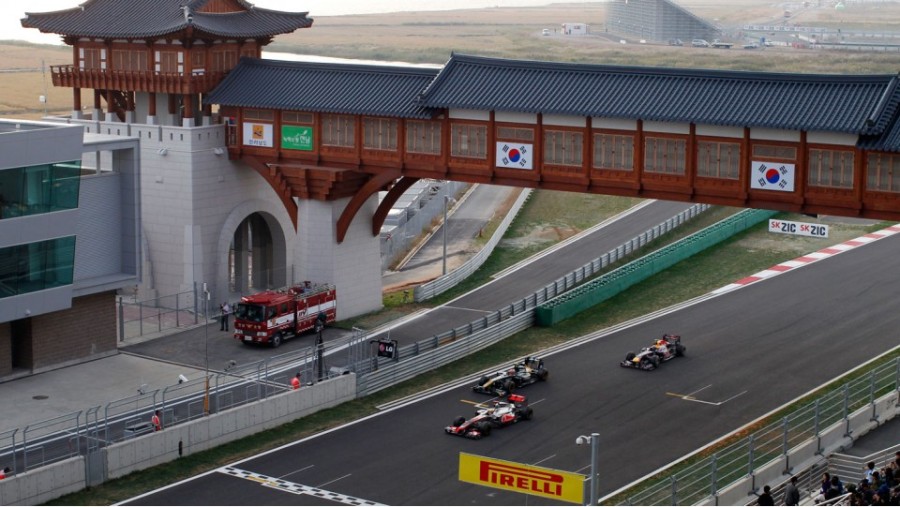 The 16th Formula 1 Grand Prix is going to Korea, the hometown of Gangnam Style. But the focus here is the exciting F1 race on the all-around technical circuit with a combination of both long straights and tight corners, together with the generally cold weather which provides a challenge on the brakes and tyres.

The race distance is 308.630 km on 55 laps around the circuit. The lap record 1:39.605 is set by Sebastian Vettel in his Red Bull in 2011. It is quite likely to see a new record set by McLaren, Red Bull or Lotus this year before the change in engines starting from 2014. The track is not abrasive and should be at a low grip level. Going in Turn 1 and Turn 3, the drivers have to prevent the brakes from locking up due to heavy braking for the tight corners and the cars also require good traction when exiting. The circuit is very unique because Sector 1 is like a purpose built racing circuit while Sector 2 and 3 are like street circuit which is tight and twisty. The setup must be well balanced so that no time will be wasted at each sectors, straight-line speed and low-speed grip have to come to a compromise.

Pirelli will be bringing P Zero Red supersoft tyres and P Zero Yellow soft tyres to Korea because Korea has the highest lateral energy loadings of all the circuits. Two stop strategy is common in Korean Grand Prix due to the reasonable tyre wear, however, the cold weather may cause issues in warming up the tyres and brakes. There are quite a number of overtaking opportunities on the track particularly on Turn 1, 3, 4 and 10. Safety car is very likely to deploy so the strategy has to be flexible to take advantage of it.

After Alonso’s DNF in Japan Suzuka Circuit, Vettel is just 4 points behind him. Now there are 4 world champions which are in a solid battle for the title and Button & Webber may also be included in the title fight. This race is the most crucial race this season which may put Button and Webber away from the championship forever if they didn’t perform well or more accurately, a podium finish. 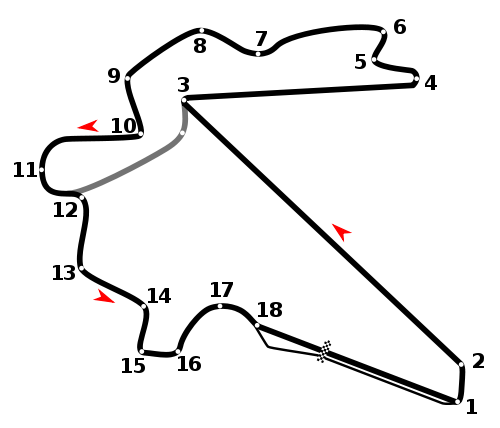