Pierre Gasly and Brendon Hartley’s first taste of STR13. Enjoy the track action from our Filming Day in Misano!

The covers came off the VJM11 today in Barcelona to reveal a new gloss livery incorporating the pink, magenta and silver of Austrian water specialists, Best Water Technology (BWT).

Sergio Perez and Esteban Ocon were on hand to conduct car presentation duties giving the media and fans a chance to see the team’s 2018 challenger for the first time. Nikita Mazepin joined the race drivers for a photo call alongside Chief Operating Officer, Otmar Szafnauer, and Technical Director, Andrew Green.

The updated livery offers a more dynamic look for the team and builds on the strength of the pink identity that was introduced in 2017.

Watch as McLaren reveal the 2018 challenger, the striking McLaren MCL33.

Returning to the iconic papaya orange and blue, the MCL33 will contest the 2018 FIA Formula 1 World Championship, and marks the first time in McLaren’s 52-year history that it has run a car powered by Renault engines. 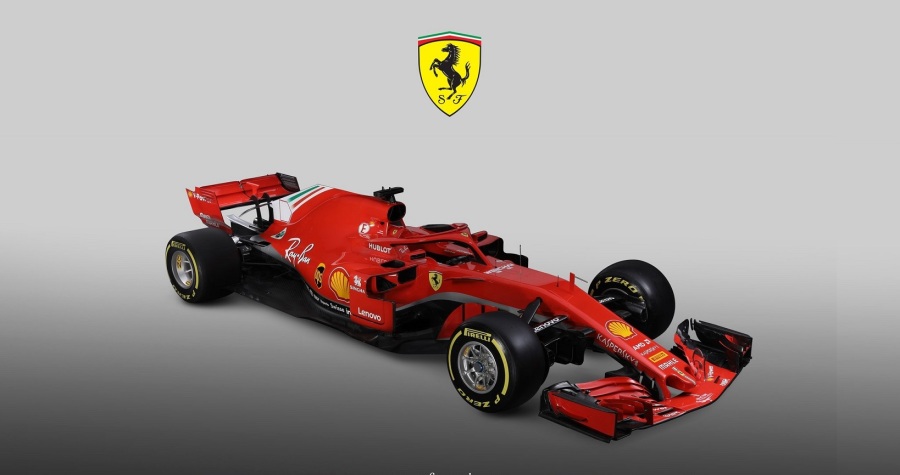 Discover the #SF71H on the launch microsite.

Missed the world premiere of the F1 W09 EQ Power+ in Silverstone? Here you can watch it in full length again.

An assault on the senses! Lights up! A deafening roar that shakes the room!

This! This is what it’s all about! 💪#DrivenByEachOther #F1 pic.twitter.com/NSKqiwYLyk

BOOM! First laps in the bag for @ValtteriBottas and the 2018 @mercedesamgf1 W09 EQ Power+!! 💪💪💪#DrivenByEachOther pic.twitter.com/WzaP3tnG1W

All of the lights! 😎 How about that for an entrance!! #DrivenByEachOther #F1 pic.twitter.com/xg1HL5wRWi

NEWS: A 1,500-strong team, ready to do battle once more! Lights out for the W09! 👉 https://t.co/SMJEoVnZOd #DrivenByEachOther pic.twitter.com/rbjwBNfznX

Straight on it, it’s like he’s never been away… 😂#DrivenByEachOther @F1 pic.twitter.com/mHe924raSm

You didn’t think we’d miss this, did you @ScuderiaFerrari! 👀🇮🇹

A big hello to our friends in Italy, also launching their 2018 racer today! pic.twitter.com/ivXsOEbZ8W

4️⃣ hours to go!!
Who's got their pyramid ready (made or purchased 😉)? Tweet us your pics! https://t.co/UJKhtsE2SU

To all our fans, to those who slave away at weekends building plastic pyramids, who tweet us every day, who like, who RT, who follow… This one's for you. Here is our new Renault R.S.18 in all its holographic glory. Enjoy! #LaRS18IsComing #RS18 #RSspirit pic.twitter.com/w1rnJD8CY9

For those without pyramid? As if we'd leave you out of the fun!
We filmed the Renault R.S.18 hologram for you 👇#LaRS18IsComing #RS18 #RSspirit pic.twitter.com/0hCYe49BEw

Watch the official unveiling of the C37, the Alfa Romeo Sauber F1 Team’s racing car for the 2018 Formula One Championship season. The C37 signifies the first year of the partnership between two great brands in motorsport, Alfa Romeo and Sauber Motorsport.

Red Bull have a 2018 car! After several months with a collection of parts and a long job list, today they are making the next big step…

Daniel Ricciardo is taking the all-new Aston Martin-Red Bull Racing-TAG Heuer RB14 for a spin at Silverstone as they conduct a pre-season filming day.

The weather was wet, the track was cold but on 19th February 2018, the RB14 turned its first laps at a filming day in Silverstone. After running concluded, Daniel professed himself happy with his first experience of the new car.

“It’s always hard to tell from a few laps but the initial feeling is good. It’s not doing anything that scares me and I can already feel that the rear of the car feels pretty settled, even in these poor conditions. Those are encouraging early signs.”

We’ve got a full Pirelli rainbow of tyres for 2018. But how much will the new selection of tyres affect racing?